An Example of SEED-SCALE in Arizona

Seed-Scale has been used by Native American communities to explore and assess their communal needs and resources and to advance development that stems from the community and reflects its needs and preferences.

The White Mountain Apache of Arizona have historically had mixed experiences of government neglect as well as government support, with government support often creating unsustainable relationships of dependency that undermined dignity and freedom. 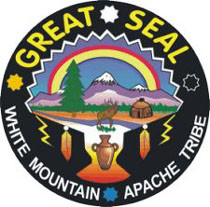 Daniel Taylor reflects upon the history and culture of the Apache of Cibecue Valley:

“The two thousand Apache of the Cibecue Valley, in eastern Arizona, are the most isolated members of the White Mountain tribe. A high percentage of the people still speak the Apache tongue, and they try to keep the older ways alive. Older residents tell of idyllic childhoods spent in the forests with deer and other wildlife as neighbors, when Cibecue Creek still abounded with trout and beaver. They tell of times when women spent their days collecting plants for food and medicines while men and children spent their days on horses. Young people are encouraged to learn traditional stories, dances, and handicrafts and to take an active part in rituals that strengthen tribal identity and values.”