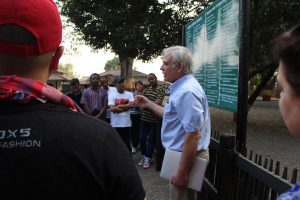 Daniel Taylor has been engaged in social change and conservation for four decades with a focus on building international cooperation to achieve ambitious projects. He founded the nine Future Generations organizations worldwide (including the accredited Future Generations University). He also founded and led The Mountain Institute. In 1985, after providing the scientific explanation for the yeti, he led creating Nepals Makalu-Barun National Park, then, in close partnership with the Tibet Autonomous Region, Chinas Qomolangma (Everest) National Nature Preserve and Four Great Rivers Nature Preserve protecting one-seventh of Chinas forest reserves.

He is one of the synthesizers of the SEED-SCALE method, an understanding of social change initiated by a UNICEF task force he co-chaired from 1992-95. Since 1995 he continued to lead global field trials of SEED-SCALE and is senior author of Just and Lasting Change: How Communities Can Own Their Futures and Empowerment: From Seeds of Human Energy to a Scale of Global Change. Among his honors, Taylor was knighted by the King of Nepal Gorkha Dakshin Bau III; was made the first Honorary Professor of Quantitative Ecology of the Chinese Academy of Sciences; and was decorated with the Order of the Golden Ark by HRH Prince Bernhard of The Netherlands.Website: www.danielctaylor.org